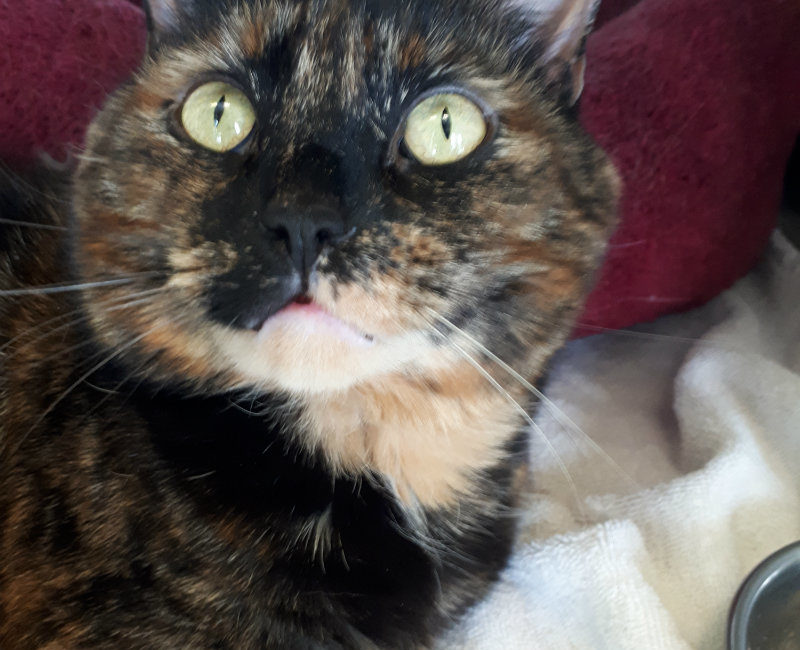 The Chromosomal Cause of the Calico-Colored Cat

Have you ever been told that almost all calico-coloured cats are female? Have you ever wondered how such a thing could be true? The answer to this lies within their DNA; with a phenomenon found in all female mammals called X-chromosome inactivation.

At the sixty-four-cell stage of embryonic development, this process randomly silences, or inactivates, one of the two X-chromosomes. The choice of which X is inactivated in a particular cell is unaffected by the choice of that cell’s neighbours. The silenced chromosome then condenses and is stably maintained in this inactive state throughout all future cell divisions in the life of that individual.

The white patches are often seen in the coat of calico cats, in addition to the orange and black patches, are a result of an autosomal influence on the final coat markings. An autosome is any of the numbered chromosomes, as opposed to the sex chromosomes. For example, humans have twenty-two pairs of autosomes and one pair of sex chromosomes (the X-chromosome and the Y-chromosome). A calico-coloured cat that has white on it is simply a calico-coloured cat expressing an additional genetic condition dictated by its autosomes known as piebalding, which is caused by unpigmented skin and fur.

The exception to this rule is observed, albeit very rarely, in male cats whose chromosome makeup contains an XXY-complement. The occurrence of this complement allows X-chromosome inactivation to take place in these male cats giving them the familiar calico-coloured coat. Unfortunately, sterility and other conditions are also very common traits in cats with this XXY-complement.

The study of X-chromosome inactivation may also provide insight into cancer biology, as two active X’s have been found in many human breast and ovarian tumours. The role this plays in animals, however, has not yet been studied.