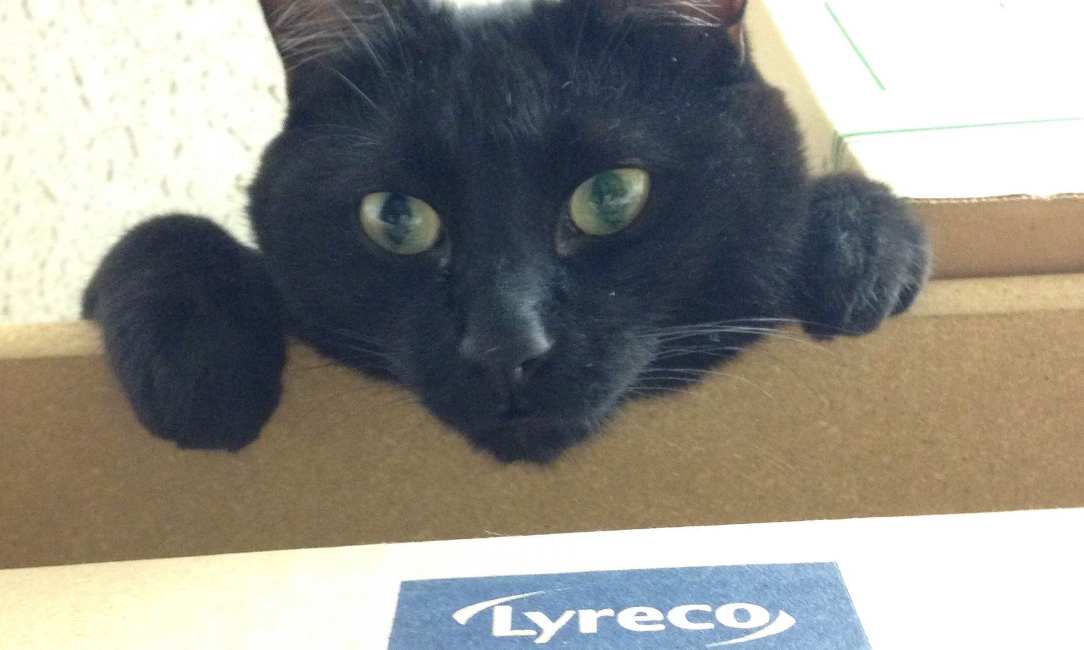 It’s time again for us to announce our Cat of the Month!  This month our special feline is an amazing 2-year-old domestic short-hair named Ron Weasley.  Ron came in to our clinic on March 3rd because his owner noticed that he was visiting his litter box very frequently, with no results.  Luckily, his owner recognized this was possibly a very serious issue and brought him in right away.  After he arrived here, he started vocalizing and vomiting.  Ron was suffering from a potentially life-threatening condition called urethral obstruction, otherwise known as being blocked.  What this means is that Ron had developed crystals in his urine, which formed a plug in his urethra, so that he could not urinate.  When this happens, the kidneys can no longer eliminate waste from the circulatory system and the cat can die from the build-up within 24 – 48 hours.   We were able to place a urinary catheter, which dislodged the blockage and allowed Ron to urinate freely.  We also placed Ron on a high rate of IV fluids to help flush his system out.  He was given pain medication and his bladder was x-rayed to ensure that there were no additional stones in his urinary tract or kidneys.  Ron had his urinary catheter in place for 2 days and remained on IV fluids for 3 days.  Ron was also required to be on several medications for 2 weeks.   It will also be necessary for Ron to be on a special urinary diet for the rest of his life.

Although Ron’s family did everything they could to save Ron’s life, due to a serious medical condition in the family, Ron’s owner made the difficult decision to re-home Ron.  Thanks to the generous donations of our wonderful clients, we were able to utilize our Oscar fund to take over Ron’s care.  Ron is doing wonderfully now and, after temporarily living at the clinic, has found a forever home.  He has made a big impression on all of the staff here.  He always remained in good spirits all through his treatment and is one of the most affectionate cats we have ever met.  Ron is often compared to a puppy by some staff here.  He comes when you call his name, he loves to have his belly rubbed and he stands on his hind legs and puts his front paws on your legs when he wants pets.  He loves to explore shelves and climbs as high as he can get.  He always comes down when you call him, though.  He’s always up for a good snuggle session, including hugging your neck while being held.