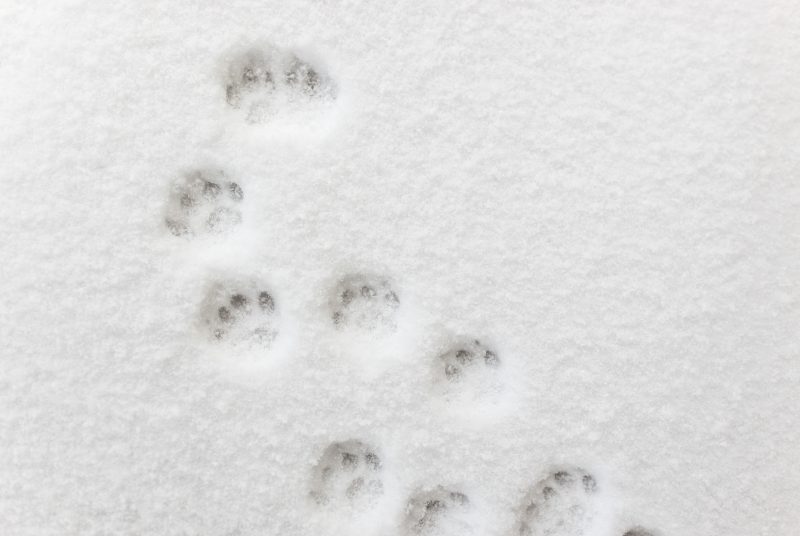 Rover was a very friendly cat.  He loved people and was also very inquisitive and adventurous.

In those days, there were no leash laws in Calgary concerning cats and Rover had free access to the outdoors through a cat door from the house to the garage and then from the garage to the outdoors.  He lived on a large lot beside the Bow River in Bowness and greatly enjoyed being outside except in winter when his trips were not very long.

It was February, and my good friend Ed Simpkins had been visiting from his home in Kelowna, B.C. and planned to drive home one day while I was at the clinic.  When I got home that evening, there was no sign of Rover.  This worried me because he was always the first of the cats to greet me on my arrival.  Soon after, the phone rang.  It was Ed.  He reported that Rover was with him in Kelowna.  Apparently, when he was driving home, he heard the occasional noise from the back of his car. Eventually, he noticed, in the rear-view mirror, that one of the stereo speakers he had fitted on the shelf behind the rear passenger seats was moving up and down.  He stopped the car to investigate only to find that Rover had stowed away in the trunk when he had been loading his luggage.  By this time, he was well on his way to Kelowna and had to be at work the next day, so it was not convenient to return to Calgary. Ed had a problem, though, the place he was renting had a ‘no pets’ rule.

This meant a trip to Kelowna to retrieve my wayward pet. I was scheduled to work the Saturday shift at the clinic the next weekend, so I packed an overnight bag and set off for Kelowna at 1:00 p.m. after the clinic closed.  It was a long drive, but the roads were clear and not too busy.  However, in the last hour before arriving in Kelowna, it started to snow. I spent the night at Ed’s place had lunch with him and then Rover, and I set off for Calgary because I was scheduled to be in surgery on Monday morning. It was the early 1980s, and I had just purchased one of the first Toyota Celica hatch-backs.  It was a fairly sporty car, and I was not too worried about the road conditions because it was fitted with four snow tires with studs to improve traction on ice.  The drive was uneventful except that were two or three inches of new snow that had fallen, so the road was a bit slippery.  This did not worry me because of the improved traction the tires provided. Rover was perched along the back of the passenger seat and seemed quite happy.  This was in the days before compulsory head rests.

Things were going well, and I was driving west of Three Valley Gap heading for Calgary on the Trans-Canada Highway.  This is an impressive section of road.  Steep cliffs on one side and a large deep lake on the other with little to no space on either side.  The road was fairly straight until it left the lake side.  It then wound through the valley past a series of smaller lakes.  At one point, again, the road wound between steep cliffs and a lake.  As I came around a right-hand bend with the lake on my left, I found a massive avalanche pouring across the road and into the lake.  I was able to put the car into a sideways slide and stop it about ten feet from the torrent of snow that was still pouring into the lake. If I had hit the avalanche, the car would have been swept into the lake with Rover and me in it. It looked like the studded tires had saved our lives. I straightened the car up and backed it away from the avalanche, jumped out and ran back round the bend to stop oncoming traffic.  A queue of vehicles soon developed and by this time the avalanche had stopped.  We were pretty sure we would have to wait for snow ploughs and graders to arrive.  A large semi-joined the queue.  The driver came to survey the scene and stated that he thought he could drive over the snow debris and make the road passable.  This he did, driving forward and backwards several times to pack the snow down. We were able to drive over the debris and continue the journey to Revelstoke and on towards Rogers Pass.

Arriving at the entry to Rogers Pass I found the barrier down and was told by the person on duty that the road would be closed for a couple of hours for avalanche control.  The good news was that they had just closed the road and I would be the first car through when it reopened.  Time for a nap. After two hours, the barrier was lifted, the road had been ploughed, and I had the best journey I ever had through the pass.  On the other side of the pass, the snow was building up again, and by the time I got to the descent towards the Columbia river, it was lying quite thickly on the road.  Still, no traffic ahead of me until I entered the last bend before the long straight down to the river and there in front was a semi with its flatbed trailer out of control and bouncing from side to side off the walls of the rock cutting.  I could see the sparks flying as it hit.  Still, in the long bend, I was reluctant to hit the brakes because it was clearly icy under the snow given what was happening with the trailer.  I eased my foot off the gas pedal in the hope that I could stay far enough back from the trailer to avoid a collision in the event there was a crash.  Fortunately, the driver got things under control, and I got safely to Golden where I stopped for coffee.  Near disaster number two avoided, Rover just sat calmly on the back of the passenger seat unaware of the near-death occasions he had been the root cause of.

With all the delays, it was about 1:00 a.m. and time to head for Kicking Horse Pass and Alberta.

Off we set again. It was still snowing quite heavily as we drove up the narrow, twisty gorge of the Kicking Horse river and as we ascended it got colder and the snow became dryer.  As we approached Yoho National Park, the snow became lighter, and eventually, the sky cleared.  As we came over the pass, the temperature dropped to minus 25*C, the roads were well ploughed with high banks of snow on either side and the going seemed much better.  There was very little traffic on the road as we passed Lake Louise and the driving became much more pleasant, or so it seemed until I noticed that the car was not quite straight on the road.  Funny, I thought, and tried adjusting the steering wheel slightly.  All of a sudden I found we were careening straight down the road in a spin.  Black ice!  Fortunately, at this time of night, there was very little traffic on the road because at that time it was still not a divided highway.  As we waltzed down the road out of control, the right rear bumper caught a snow bank, and we shunted into the snow off the road.  Rover was still sitting on top of the passenger seat, but all four sets of claws were dug into the fabric front and back, and I could see by the lights of a solitary car that went past that his eyes were like saucers.  Serves him right, the little rascal! Nearly got us killed three times. After digging out of the snow bank. I was able to get the car back on the road and eventually safely back to Calgary and bed. It was a relief to go to work at the clinic the next day.