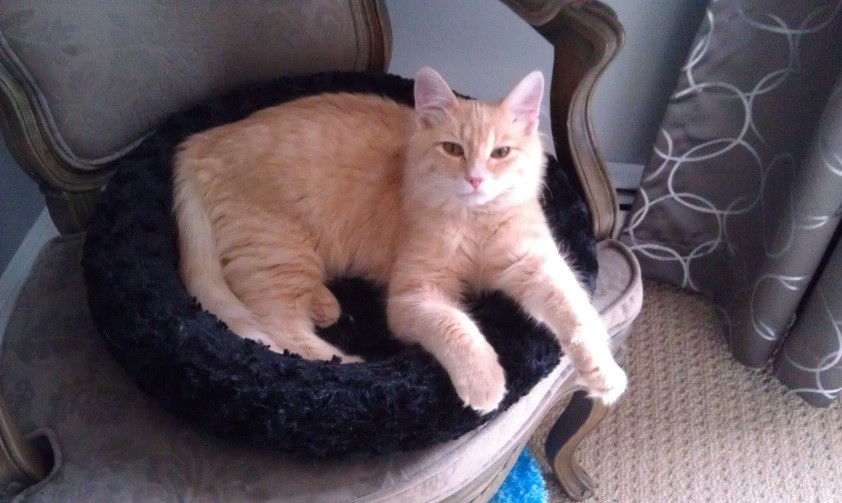 A Tale of an Orange Kitten

Back in the winter of 2011 Dr. Tasha worked at Crowfoot Veterinary Hospital and met a cute kitten named Frostie. He had been named that on the way home from his adoption because a Wendy’s Frosty was the first thing he ate with the family.

Fast forward a couple weeks. Frostie was presented to the hospital, covered in snow, hypothermic and with some puncture marks on his back. Things were not looking good and his name seemed to be a bit of a bad karma. We will never know what happened but he was left outside while the family went to work and school and they found him in a snowbank when they got home. Dr. Tasha started supportive care and had a conversation with the owners about costs and prognosis. The owners were worried their new puppy may have a role to play in what happened to Frosty that day and suggested they didn’t feel comfortable taking him home again if he pulled through this mishap. Well it just so happened one of the receptionists at the hospital was willing to take on the costs and care of a cute kitten so he was surrendered to the hospital along with a donation towards his care and that’s how Dr. Tasha ended up with a kitten at home on IV fluids in her bathroom for a few nights. 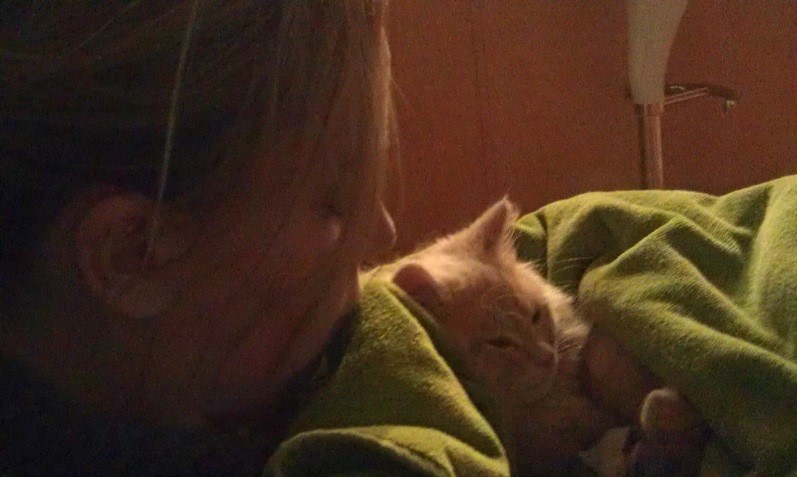 After a few days, it became clear he was going to pull through his trauma with minimal side effects and he went home with the receptionist. While Frosty was a fine name all of the receptionist’s cats had names that began with A so Frosty became Anduril (Andy for short). Andy spent many days coming to work with his new mom and hanging out at the front counter. At home, he had lots of sibling cats but they were pretty old so they found him to be a bit overwhelming because he was still a kitten. Still, Andy settled in and grew and blossomed and was happy.

The other cats in that house were not so happy. They had been promised a quiet retirement home and this kitten was just too much! So, in the spring Dr. Tasha and the receptionist had a conversation about what to do. At that time Dr. Tasha had another rescue named Tippy at her house that was too quiet and shy for her busy one-year-old kitty named Ravi so a deal was struck – Dr. Tasha took Andy and the receptionist got Tippy. Well, Tippy was just so happy to be among other mature quiet cats and Andy and Ravi were so happy to be able to wrestle and play all day long without getting into trouble it was perfect! And that’s how Andy (formally Frosty) became Bullock.

‘Bully’ settled in well with Dr. Tasha and is still close friends with Ravi but his early weeks spent with a puppy sure did impact his development. He alternates between loving dogs and beating them up (while purring!) and he chews on everything. There are no cords that are not covered in her house and no phones can be charged unless it’s behind closed doors. He comes when called and fetches and retrieves. When he’s not getting enough attention, he finds things to destroy. He’s had two surgeries for eating things he shouldn’t have and one for freaking out so bad at the groomers he pulled a tooth out. He’s turned 6 in November and shows no signs of slowing down. Dr. Tasha loves him but her husband claims that they are never getting another orange cat because they are a special breed of naughty. His time frozen in a snow bank seems like a distant memory but he’s not very keen on going outside.

And that is the story of Bulldog the Bad Orange Cat. 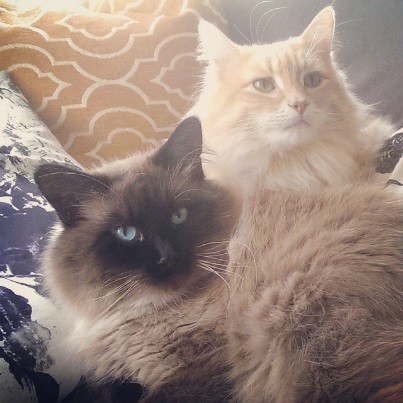