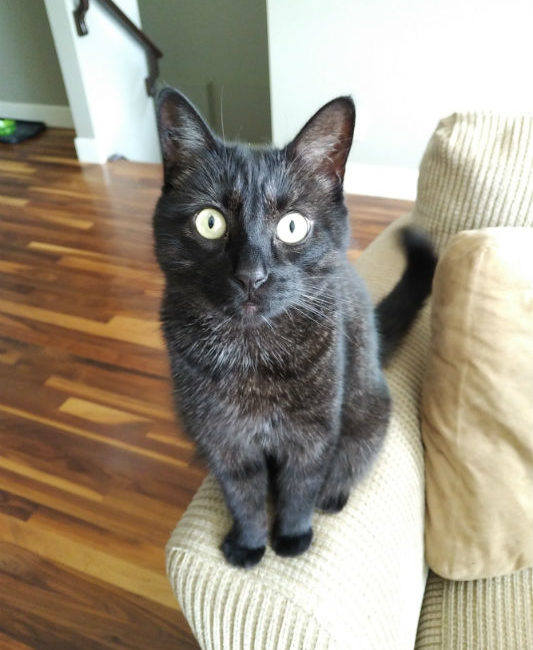 As cat owners, we all have cute cat stories, so I thought I would share one of mine. My cat’s name is Willie Wonka; he is a 5-year- old domestic shorthair black tabby. He chose me as his “person” when he was brought into my previous veterinary practice as a stray, and immediately jumped up and hugged me with both paws around my neck and wouldn’t let go!

He has been a great cat for my family and I. He took to my two children immediately and seems almost to be a vigilant sibling, always around and wanting to be part of what everyone is doing.

Willie’s one flaw is his love of food. He LOVES to eat! I have described him as being part Labrador Retriever because of the way he devours his meals. Needless to say, I can’t just fill his bowl and leave it for him all day, or he would be obese. So, we measure his food and meal feed him twice a day. This works well except that Willie likes to be fed at 4 am, and he will not use an automated feeder. Despite multiple in-depth discussions with him about more convenient feeding time, he still insists on a 4 am breakfast. So, I have become used to having him quietly
meow in my ear in the wee hours every morning when he wants to be fed, and I comply like a good cat Mom. 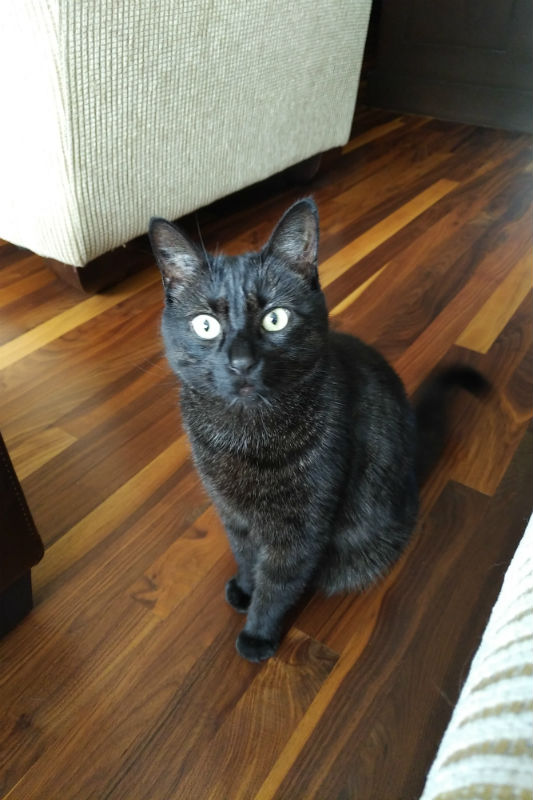 One morning at 4 a.m., about a year and a half ago, something was different about how Willie meowed at me. Instead of quietly creeping up next to me on the pillow and softly meowing every few seconds until I was awake, he sat directly on my chest, put his face up to mine and said a very loud, sharp and alarming MEOW!!!!! I woke with a start and he continued his loud message. I knew something was different but I didn’t know what it was. A cat Mom knows the difference in the voice of their fur babies.

I got up and followed him downstairs, still unsure of what was going on. Instead of leading me to his food dish as he always did, he pointed me in the opposite direction, again meowing, to the fish tank we had on the main floor. He sat down and looked up at me, and in front of him on the floor was one of my fish, the vast Plecostomus who occasionally liked to jump out of the tank. The fish was alive and unharmed, still wet and moving. I estimate that it had just dropped within the past few minutes. Our fish tank was out of Willie’s reach, so I knew he had nothing to do with the fish ending up on the floor. I put the fish back into the tank, and he swam away, then gave Willie his breakfast and some well-earned praise.

So, Willie Wonka rescued my Plecostomus by alerting me to the fish’s distress. Had it not been for my rescue kitty I would never have known and would have found the fish too late that morning. I’m so glad Willie prefers his cat food to fish in his diet and that he is the sweet and smart family member that he has become. I’m a lucky cat Mom!